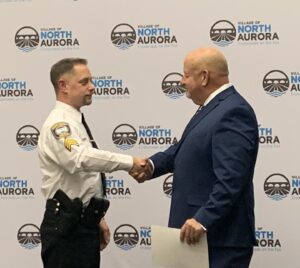 Please join us in congratulating Officer Mark Swoboda on his promotion to Sergeant.

Mayor Mark Gaffino administered the oath of office to Sergeant Swoboda as his family and numerous officers, supervisors, staff, and colleagues looked on. His badge and rank insignia were pinned on by his father and wife after the completion of the oath. 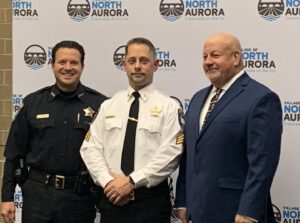 Sergeant Swoboda began his career as a North Aurora police officer in 2002 and served as a patrol officer, field training officer, property custodian, child safety seat technician, training coordinator, and evidence technician on the Kane County Major Crimes Task Force. He has also served on the police pension board and the police union leadership board.

Sgt. Swoboda will be assigned to the night shift. Congrats Mark!! 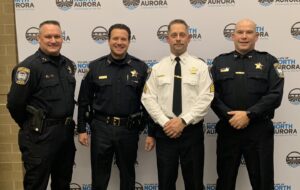